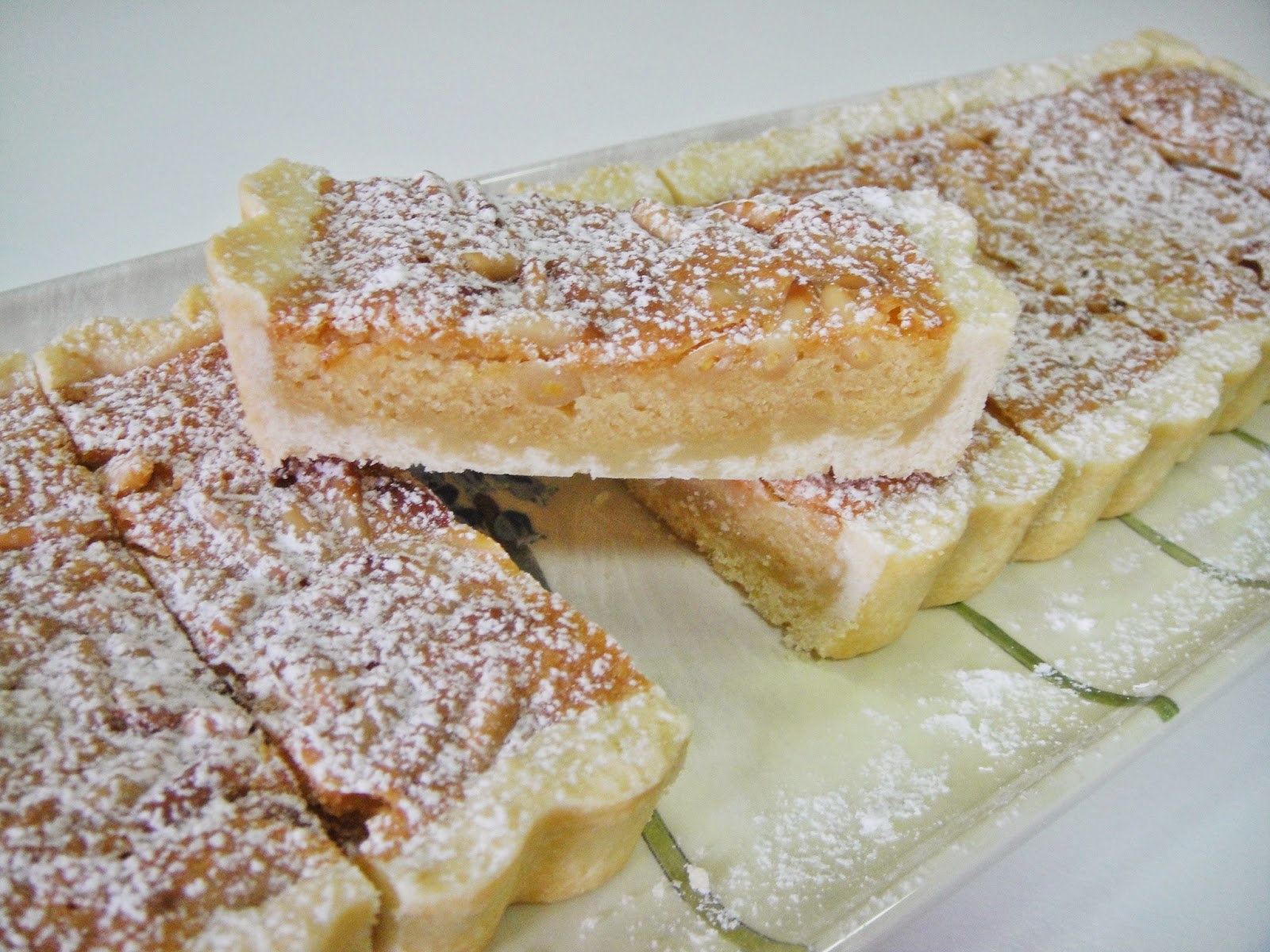 I think my pignoles deserve a second take.
I revamped them by changing the presentation from two dozen individual mini-torts, into two elegant rectangular tarts. For anyone unfamiliar with pignoles, it is basically a pine nut tart.
The almond paste lends a very sophisticated and luxurious feel to the tart, and presenting it as a rectangular tarts just makes it seem so much more refined, I think. If you do not have two fluted removable bottom rectangular tart molds, you can either make half the recipe or you can work with half and save the other half until the first tart is completed. Alternatively, use a round spring-form pan or something similar to make a single large round tart. The world is your tart. 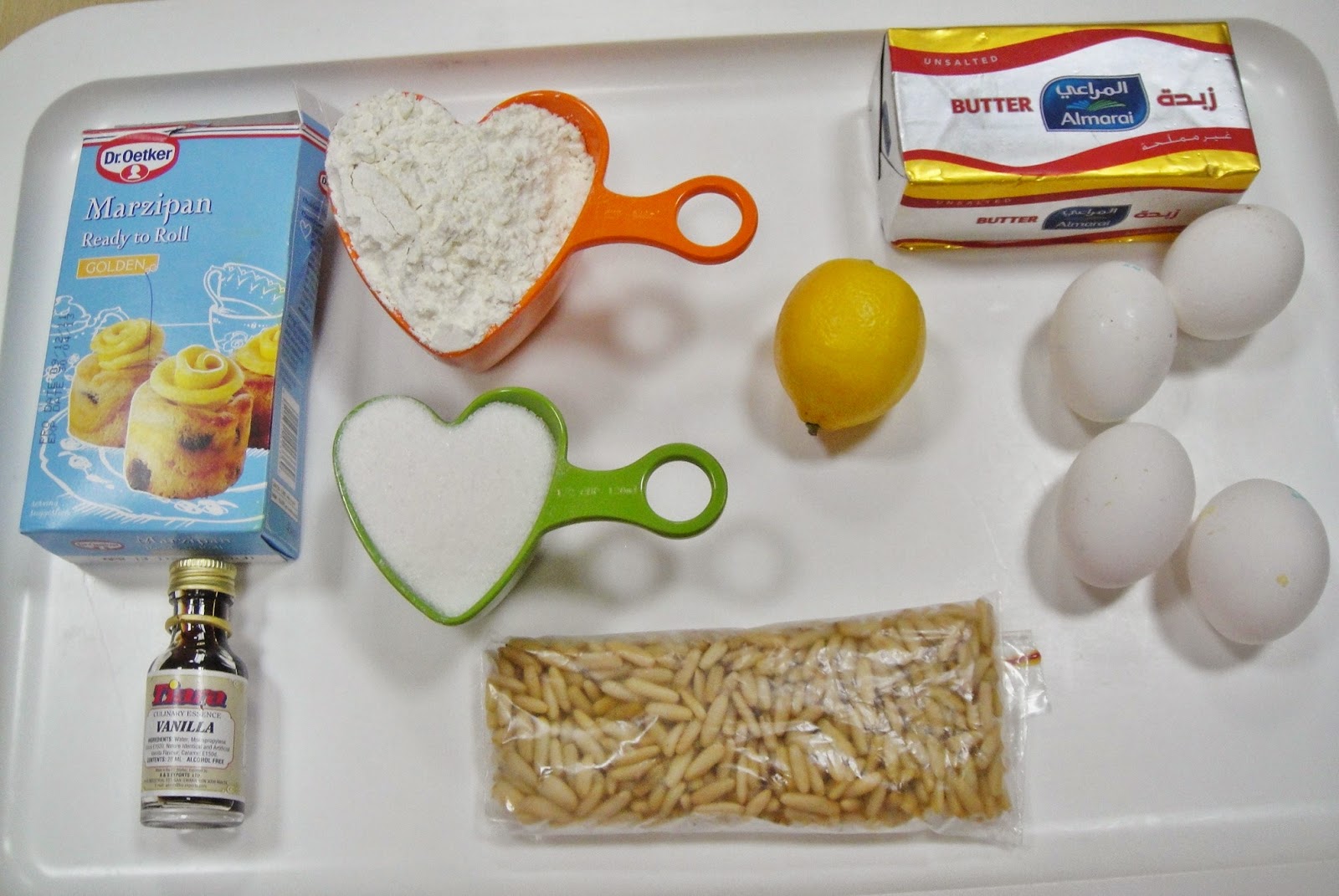 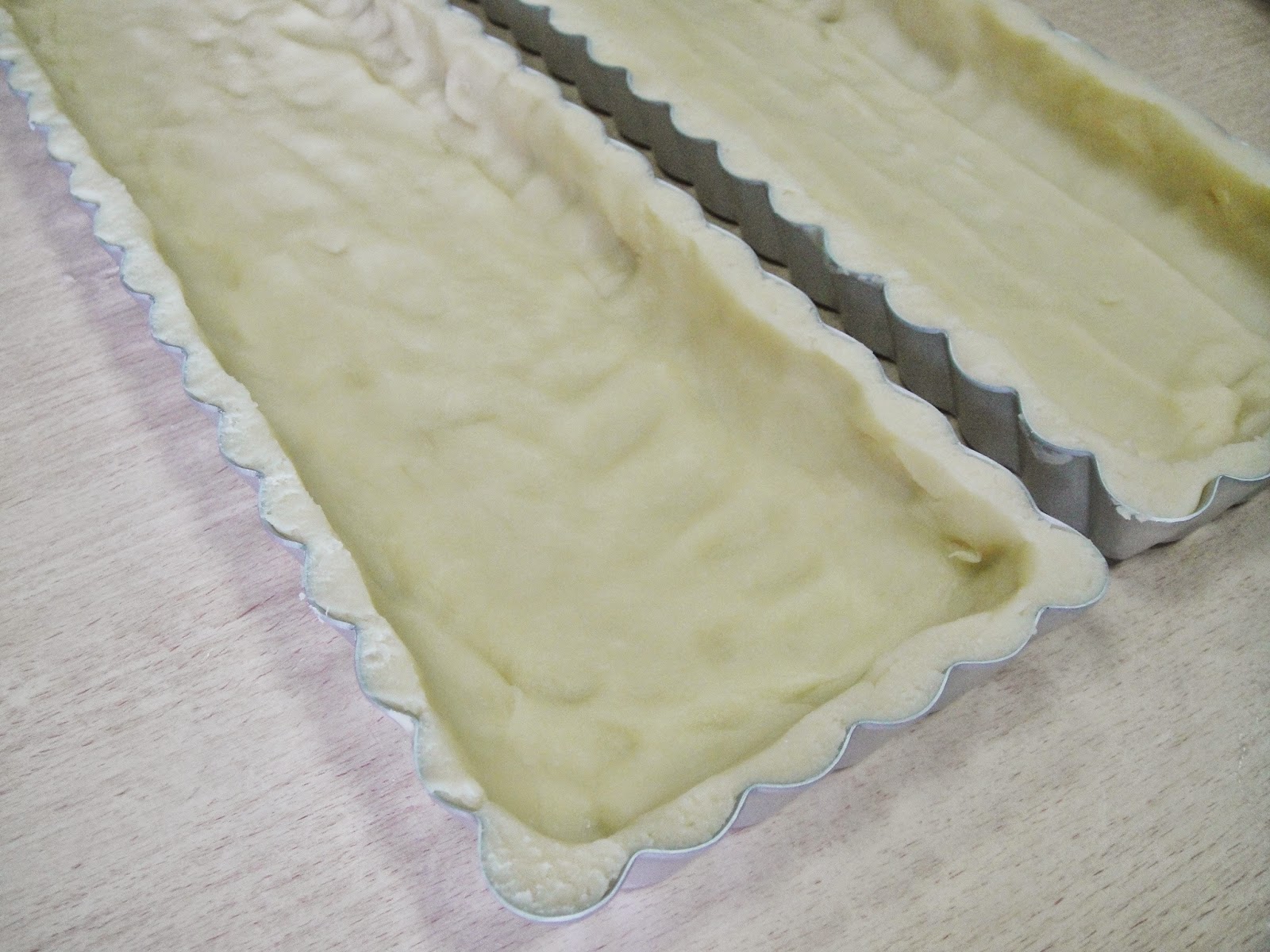 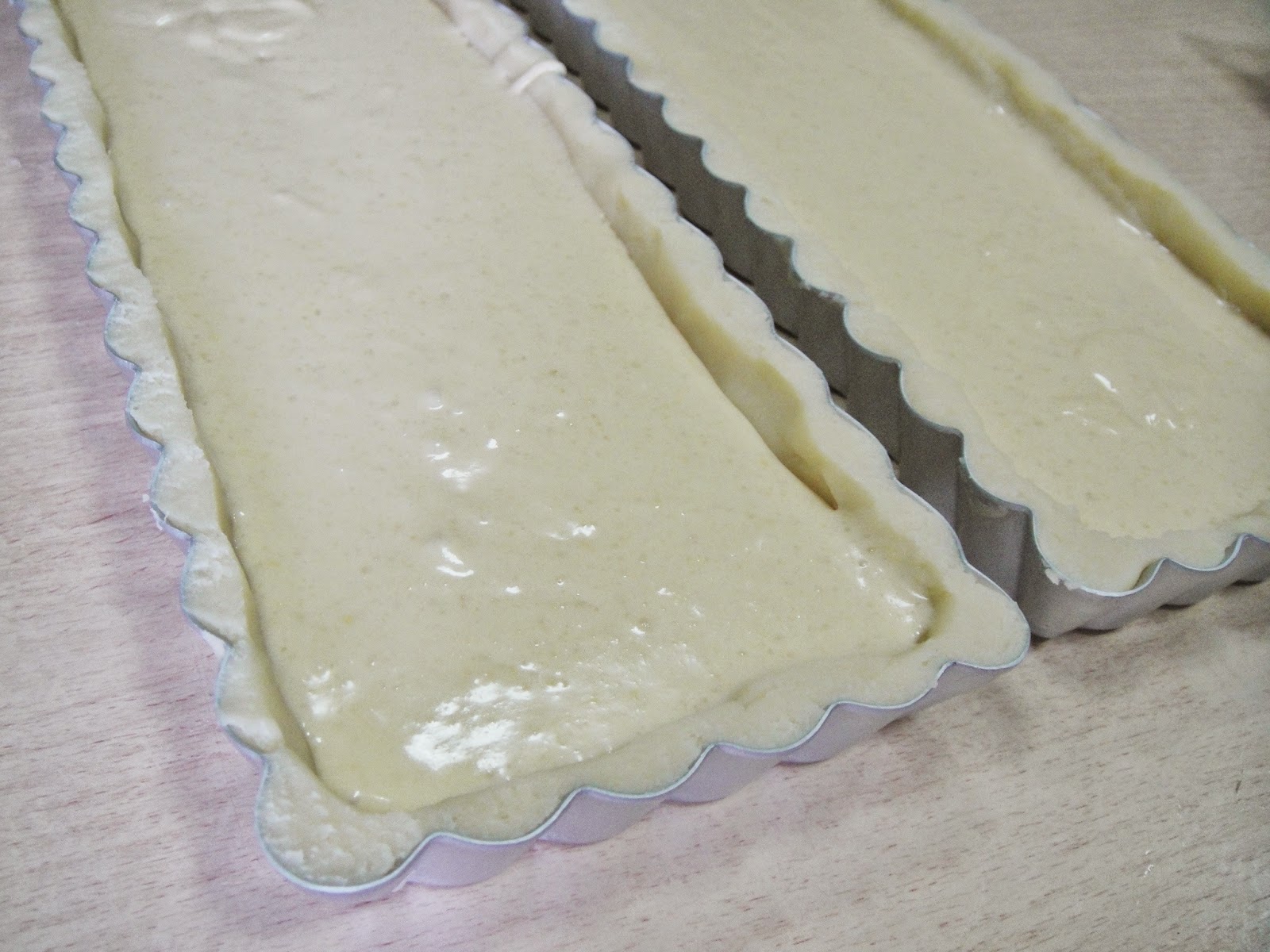 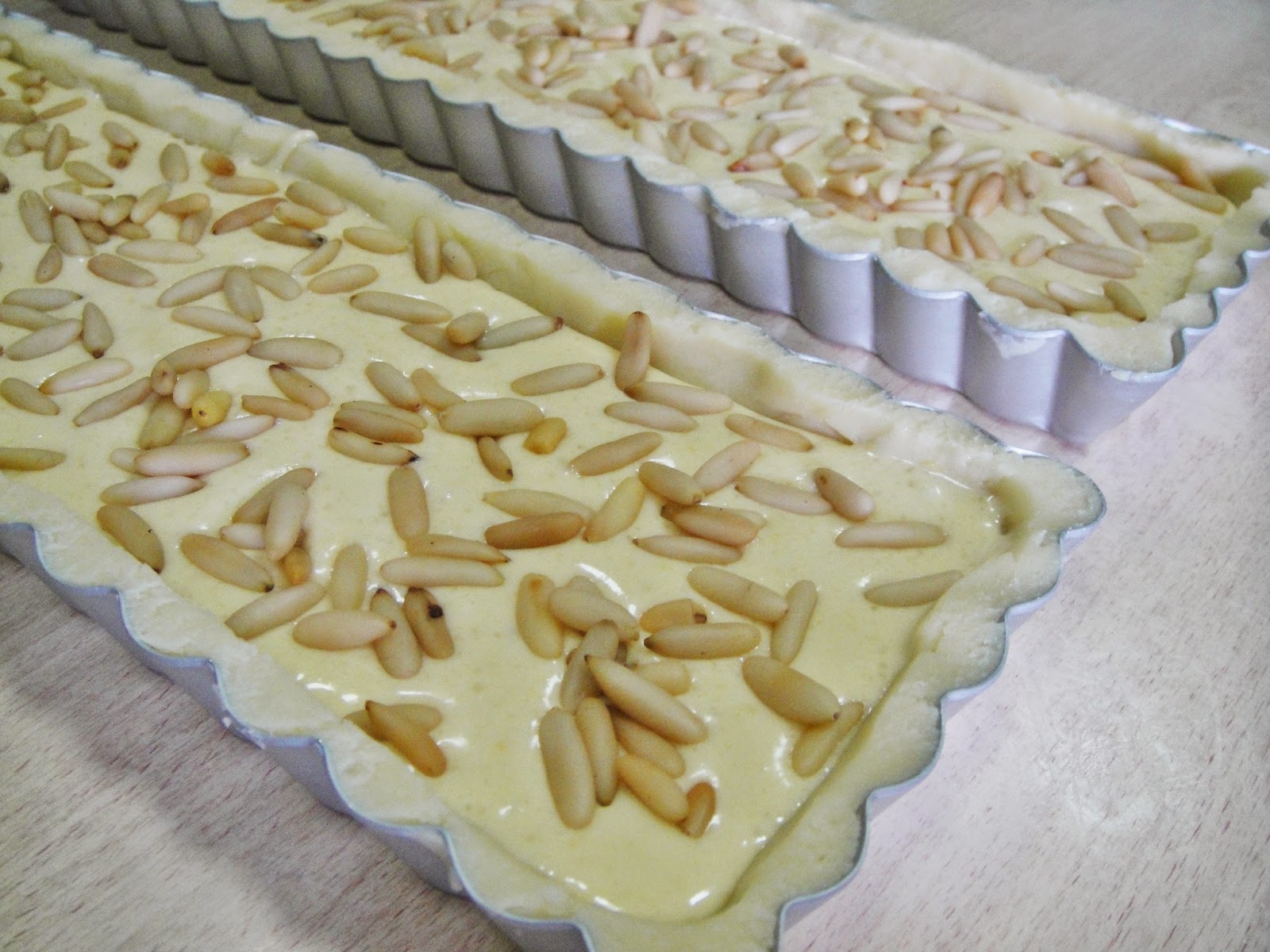 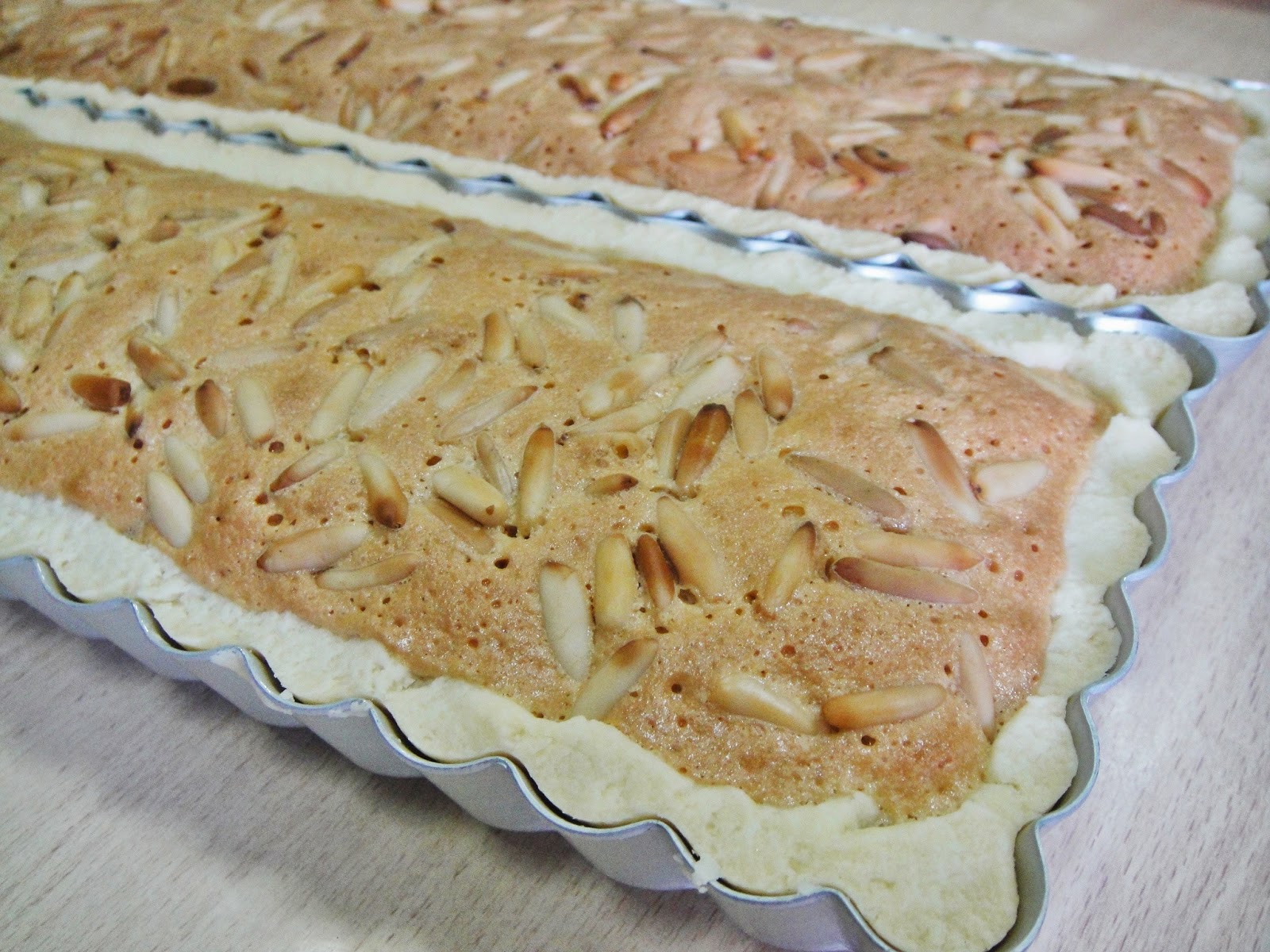 Preheat oven to 350F.
To make the crust, put the flour, sugar, salt, and butter in a food processor.
Pulse until similar to breadcrumbs.
As the machine is running add the quarter cup ice cold water until a firm dough is formed.
Divide the dough in half and press each half over the sides and base of a 4×14 inch fluted rectangular tart pan with a removable bottom and refrigerate.
To make the filling, beat the almond paste and the sugar.
Add the whole eggs one by one, beating well after each addition.
Mix in the softened butter, followed by the egg yolks, vanilla, and lemon zest.
Fold in the flour until just incorporated.
Divide the mixture among the prepared molds.
Sprinkle the pinenuts over the tarts.
Bake for 35-45 minutes, until puffed and golden, let cool completely before attempting to unmold (I refrigerate them overnight then bring them to room temperature before serving).
Dust with a light sprinkling of powdered sugar just before serving. 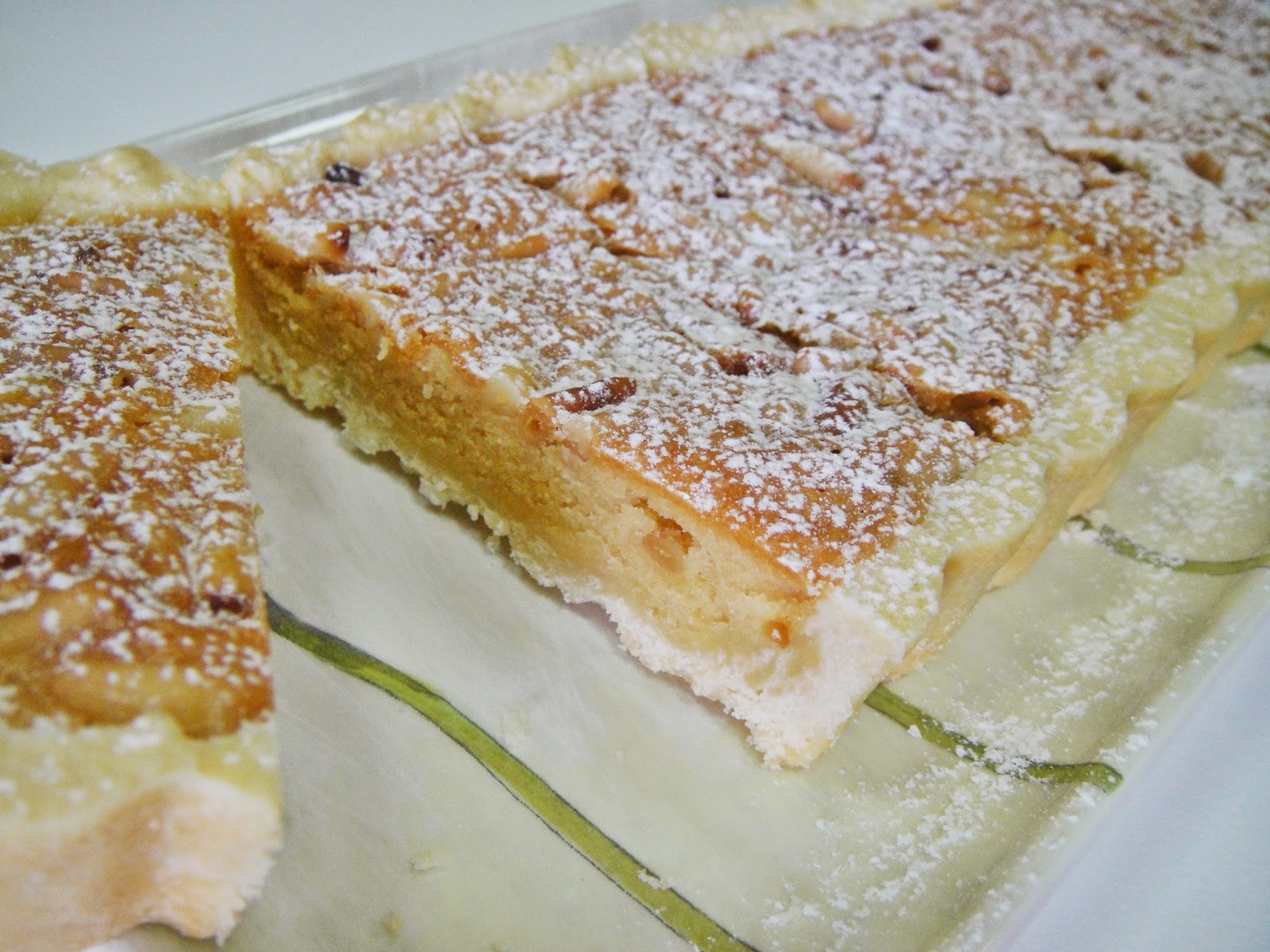