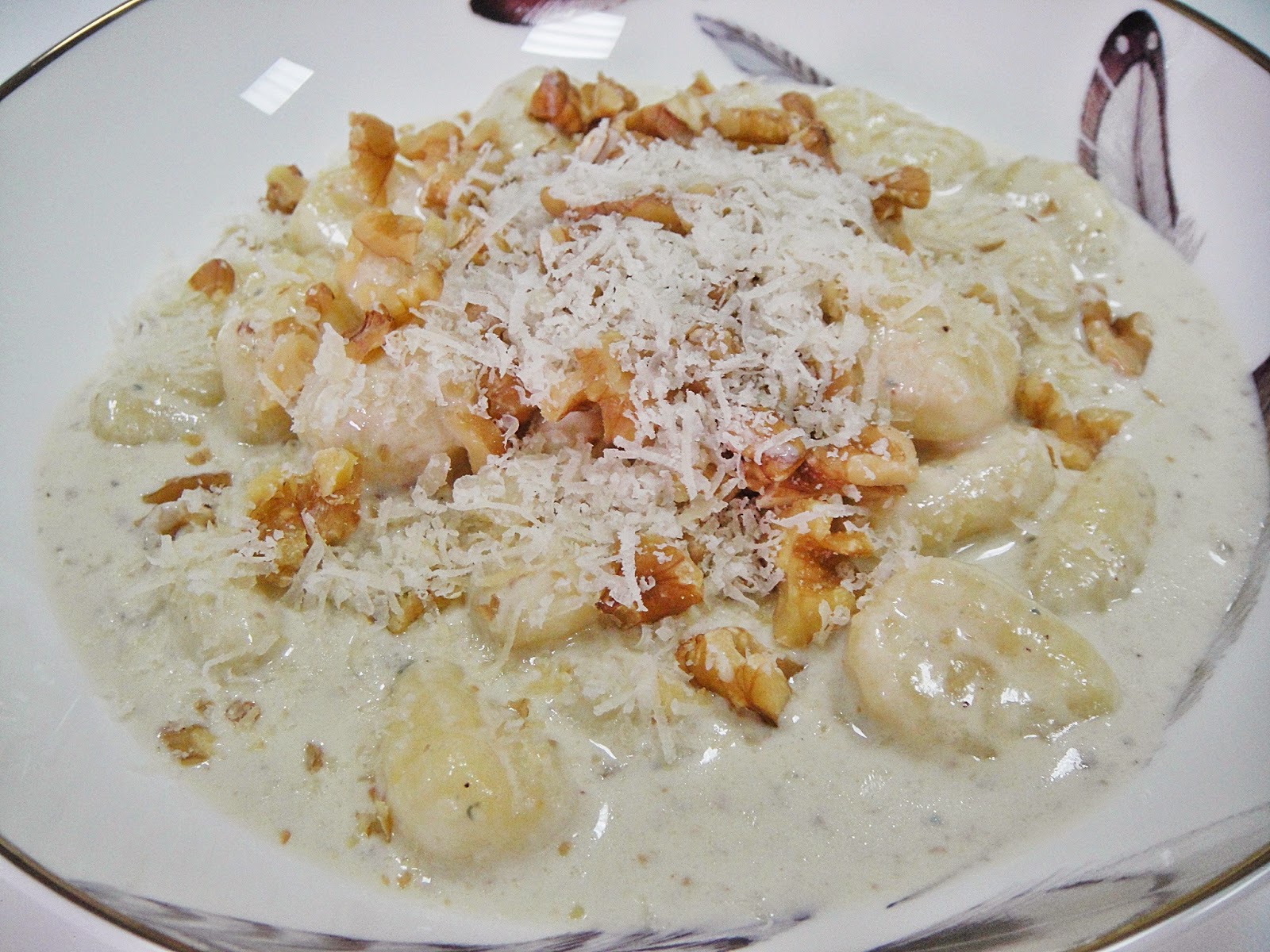 True, I made this sauce with gnocci, but it would work just as well with most pastas. The combination of blue cheese and walnuts is a winning one. Just try a slice of Bresse Bleu with a walnut half over an oat cracker and you'll see.
The gnocchi were store bought from the fresh refrigerator aisle, so all they needed was literally one or two minutes boiling (just until they float). The water it was boiled in could be used to thin out the sauce, which takes a little bit longer than two minutes to make, so I suggest getting it done before boiling the gnocchi. 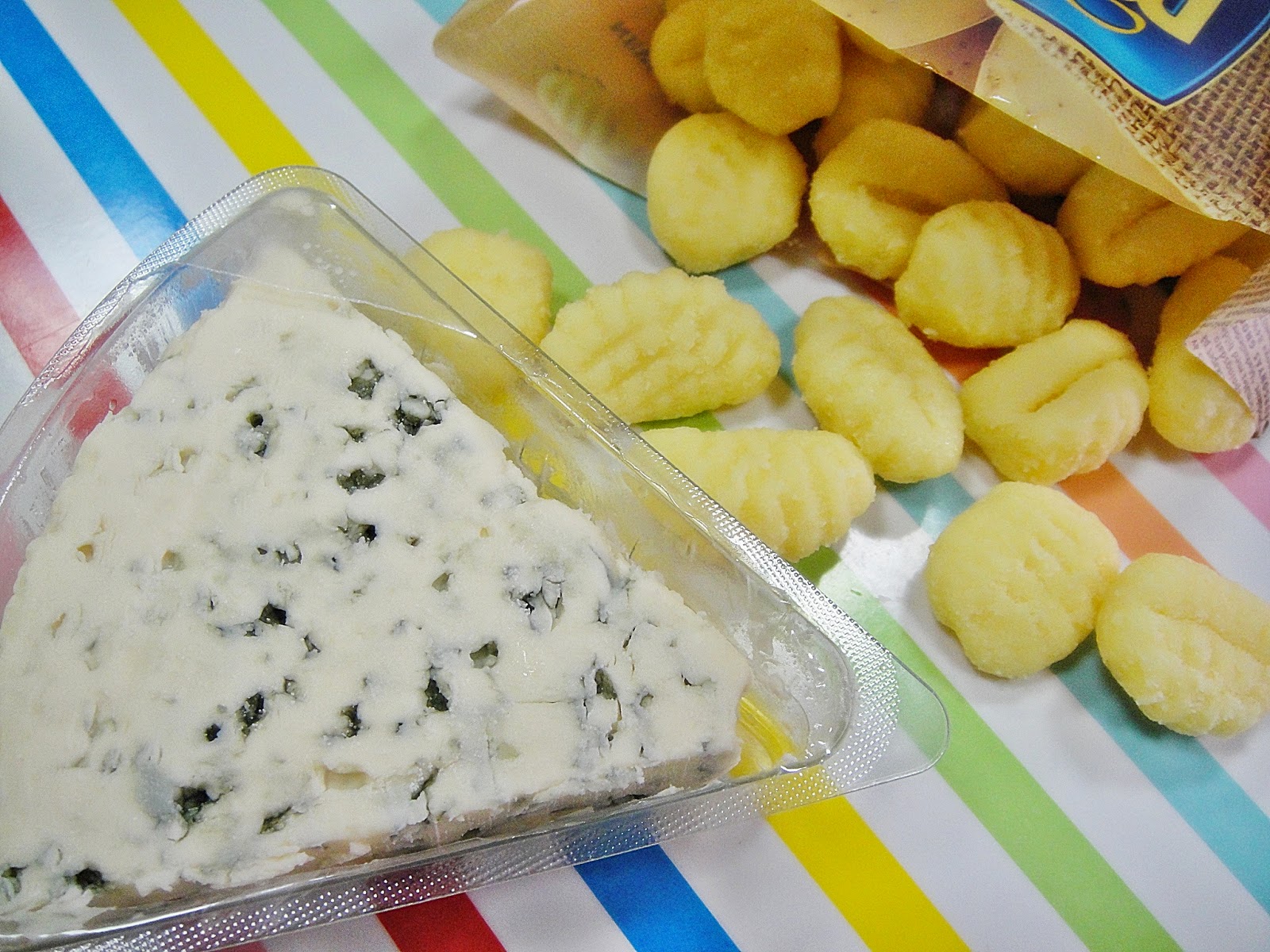 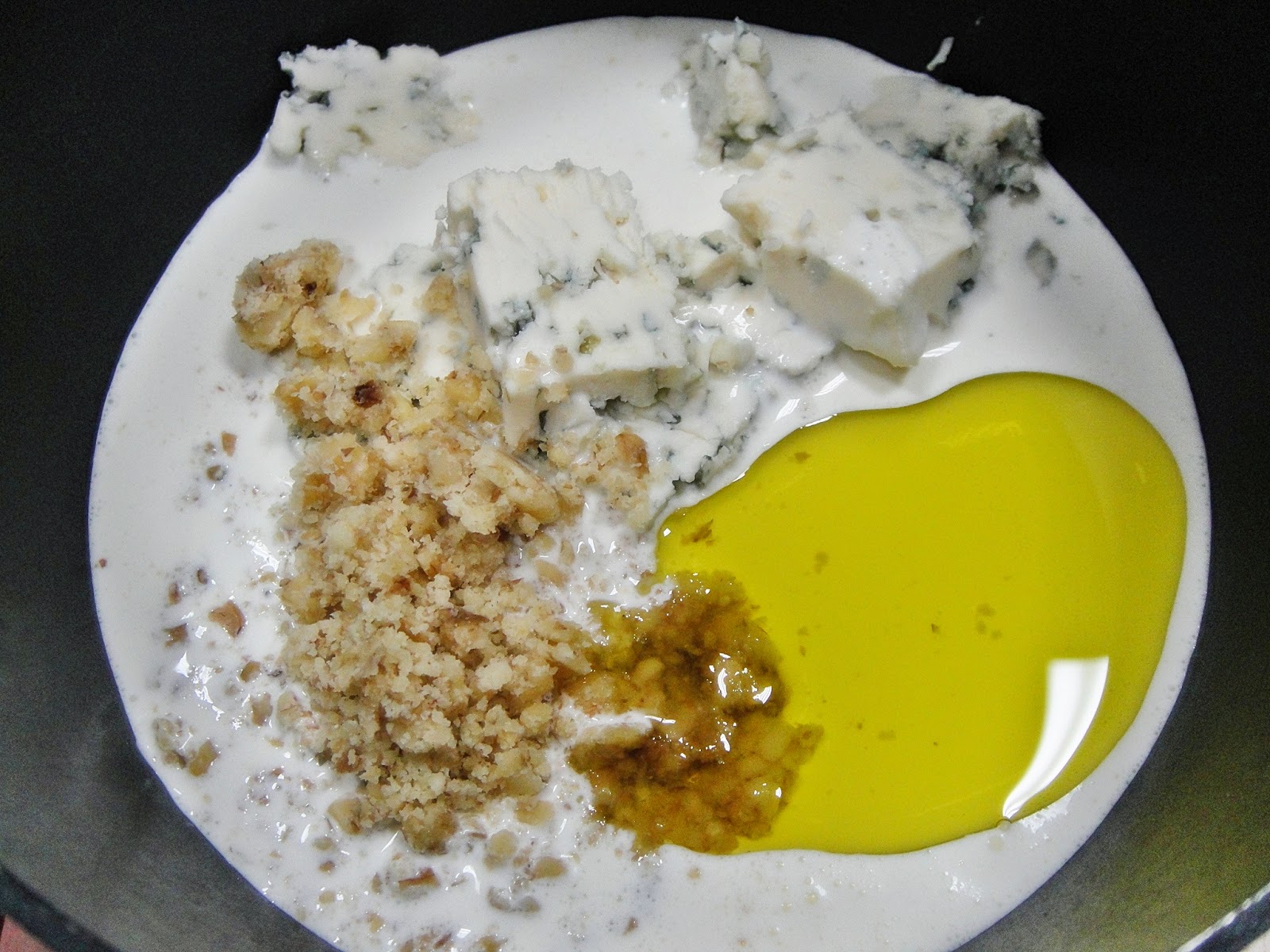 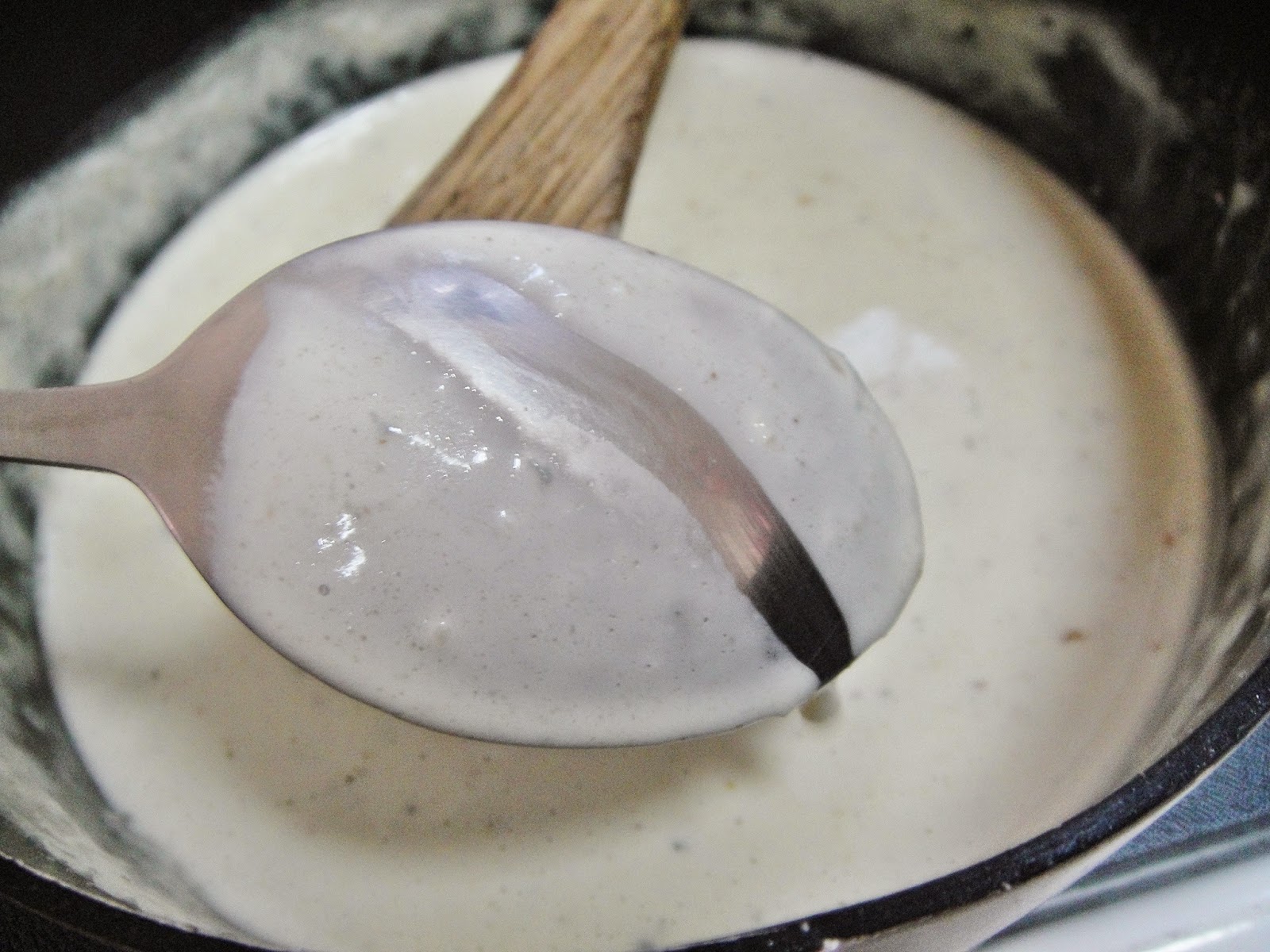 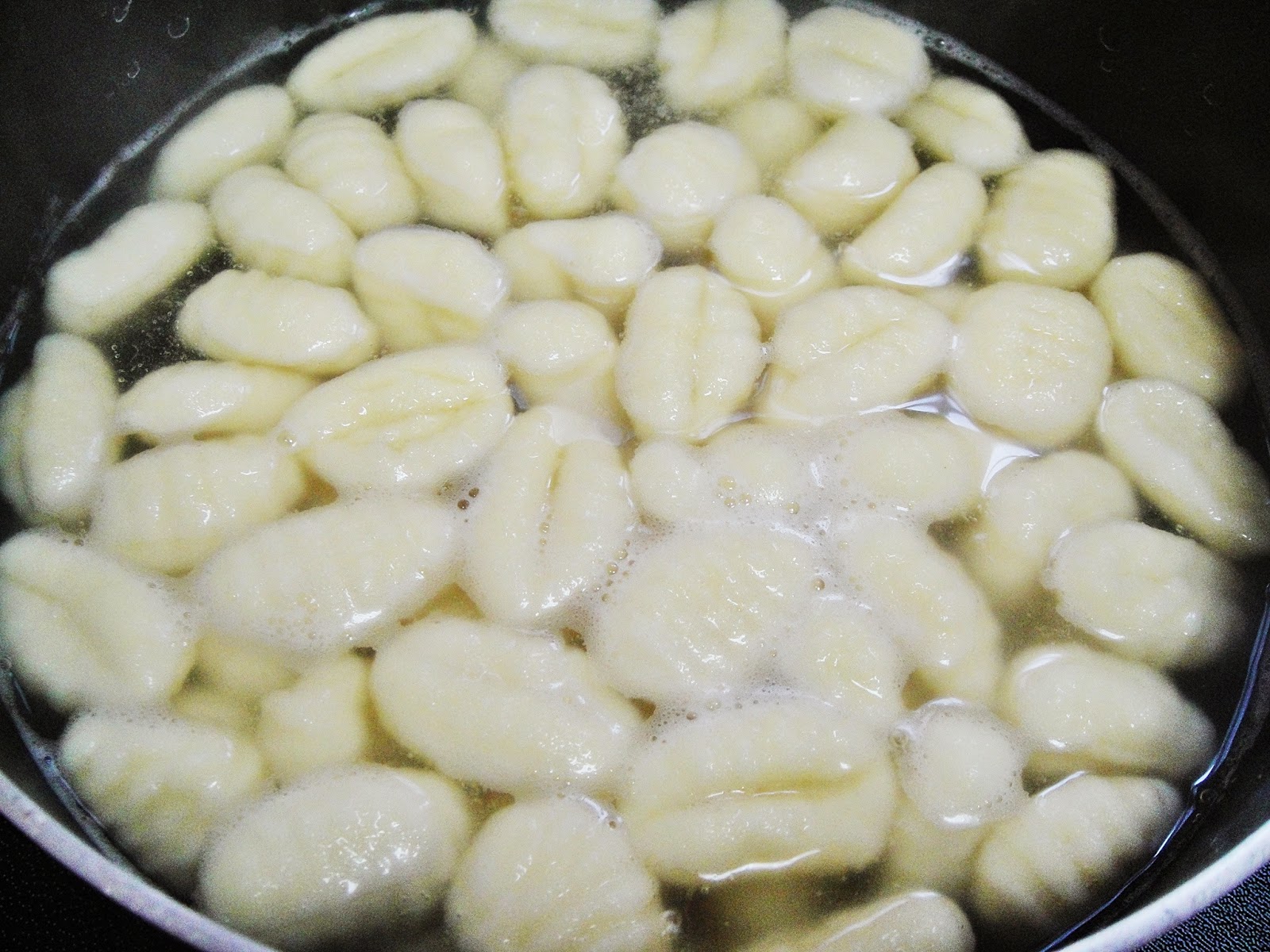 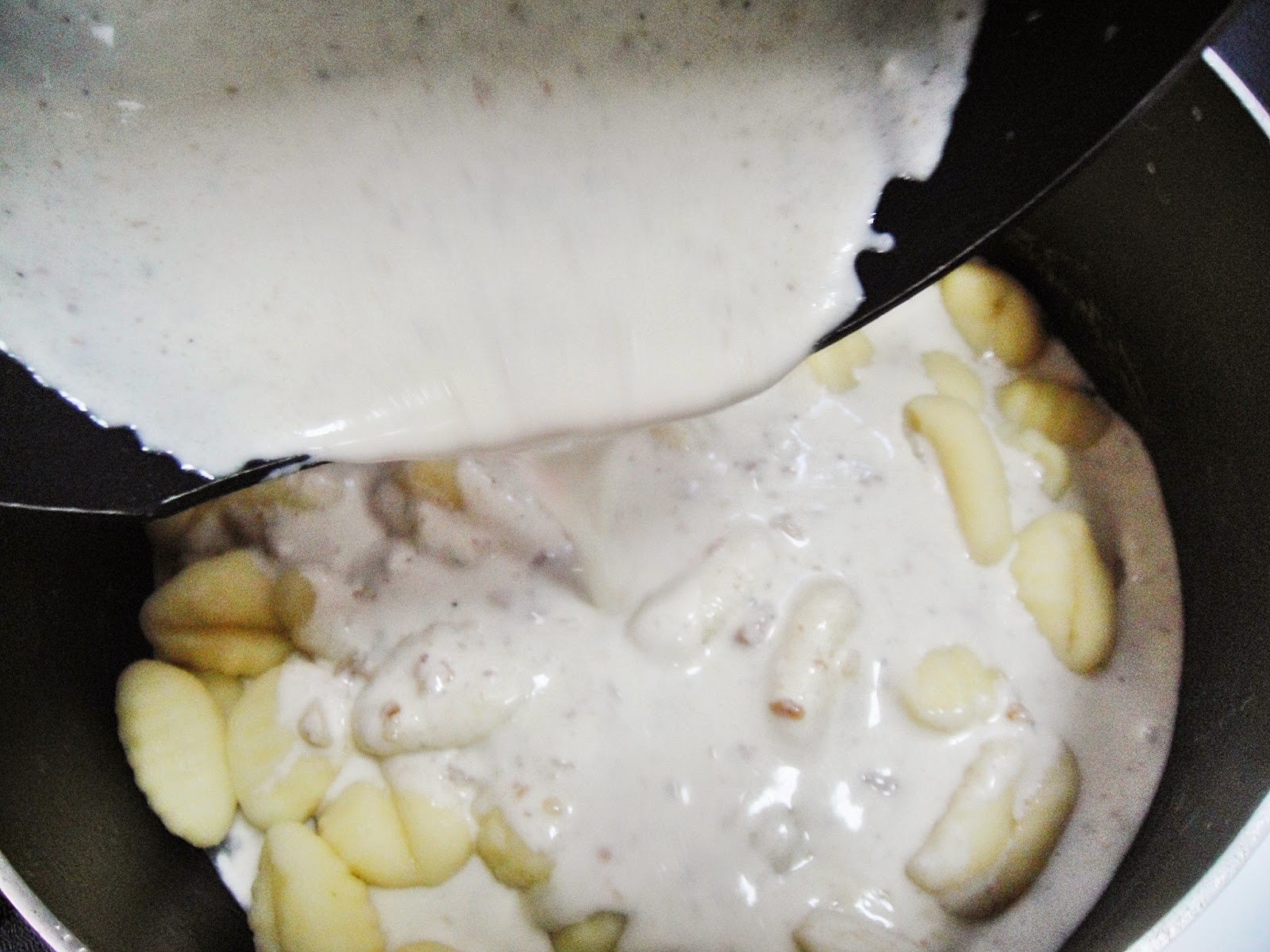 In a small pot, heat together the blue cheese, cream, walnut (powder and chopped), and olive oil.
Bring to a light simmer and stir until the cheese has melted and the sauce is homogenous.
Meanwhile, cook your pasta or gnocchi, drain but reserve a cup of the boiling water.
Thin out the sauce if it's too thick with the reserved water; stir in the parmesan; adjust seasoning.
Toss the drained pasta or gnocchi in the sauce, again thinning out if needed with the reserved water.
Serve immediately garnished with extra parmesan, chopped walnut, and a fresh grating of black pepper. 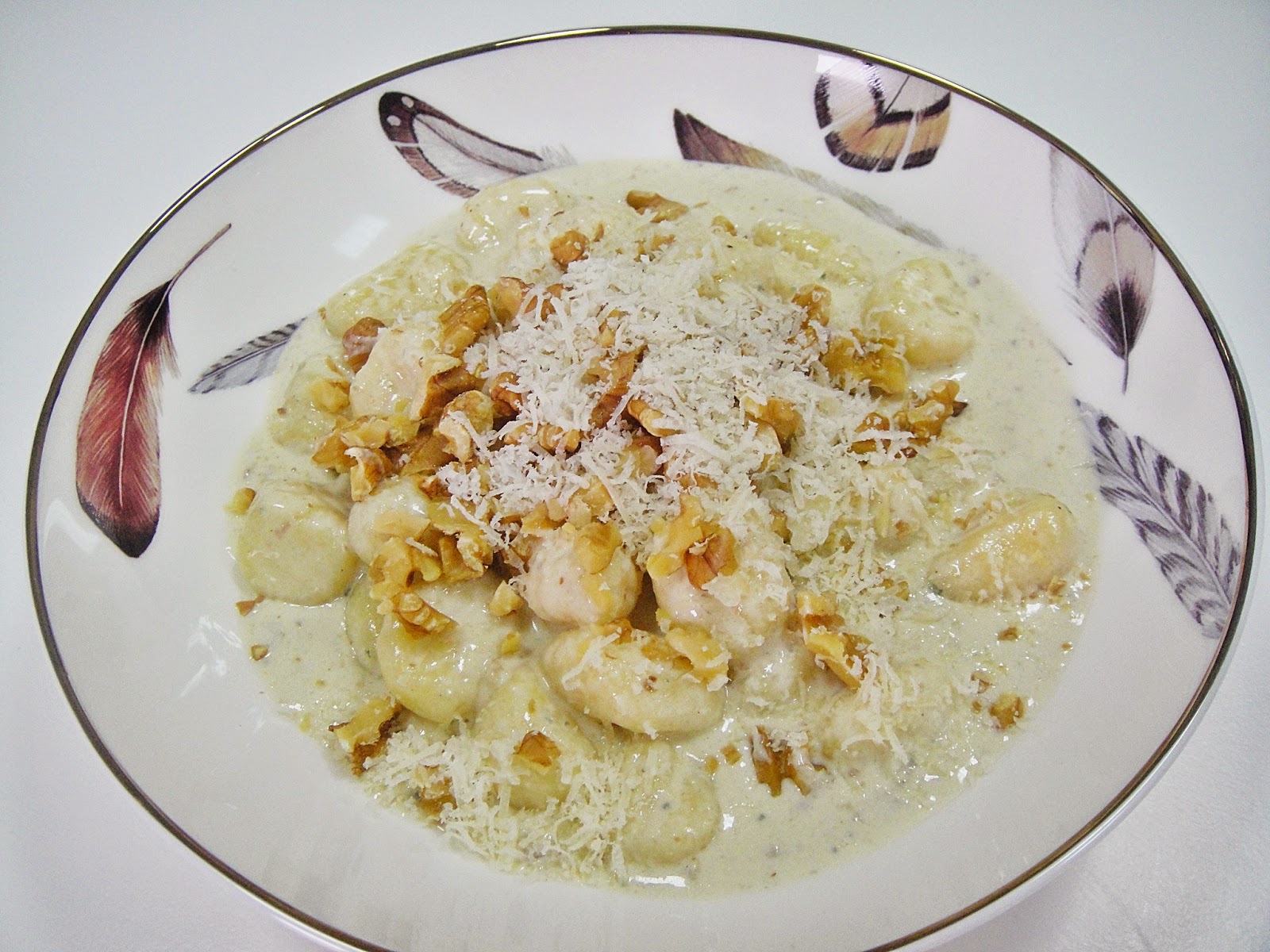