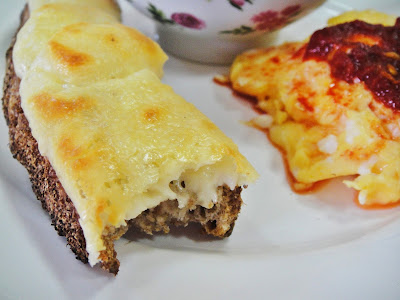 My mother, Allah bless her soul, would make us weeknight baguette pizzas once in a while when we were kids. This favorite tread led us into experimenting with various cheeses, including emmenthal, mozzarella, square cheese slices, and baby bell. The result with the latter was a definite favorite, that sometimes we would skip the pizza and just have grilled baby bell toast.
Now this is not a sponsored post, but a tip that's survived for decades. Once you've had grilled baby bell, there is no way you're going to ever eat it freshly peeled ever again. The stringy, pillowy, cheesiness is too much to resist. 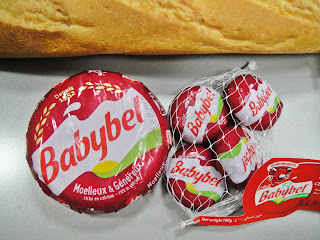 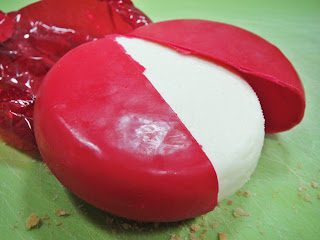 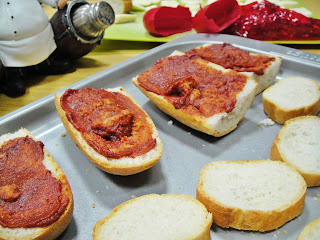 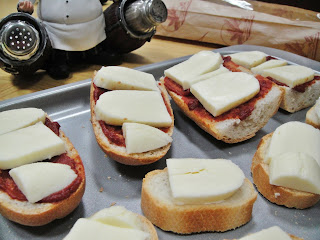 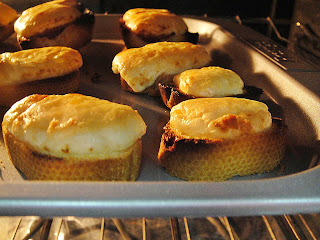 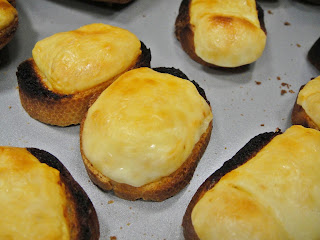 Heat the oven broiler on low. Meanwhile, slice the baguette into rounds. Peel the baby bell from its wax cover, and slice it too. Arrange the sliced cheese over the sliced bread. Place it under the broiler, keeping an eye on it, until bubbly and staging to form a golden crust.

Variation: Make a pizza of it! Spread pizza sauce over the horizontally halved baguette, load with vegetables, top with the baby bell and bake in the oven. 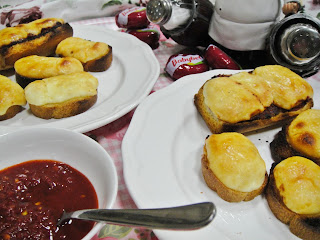 Email ThisBlogThis!Share to TwitterShare to FacebookShare to Pinterest
Labels: sandwich