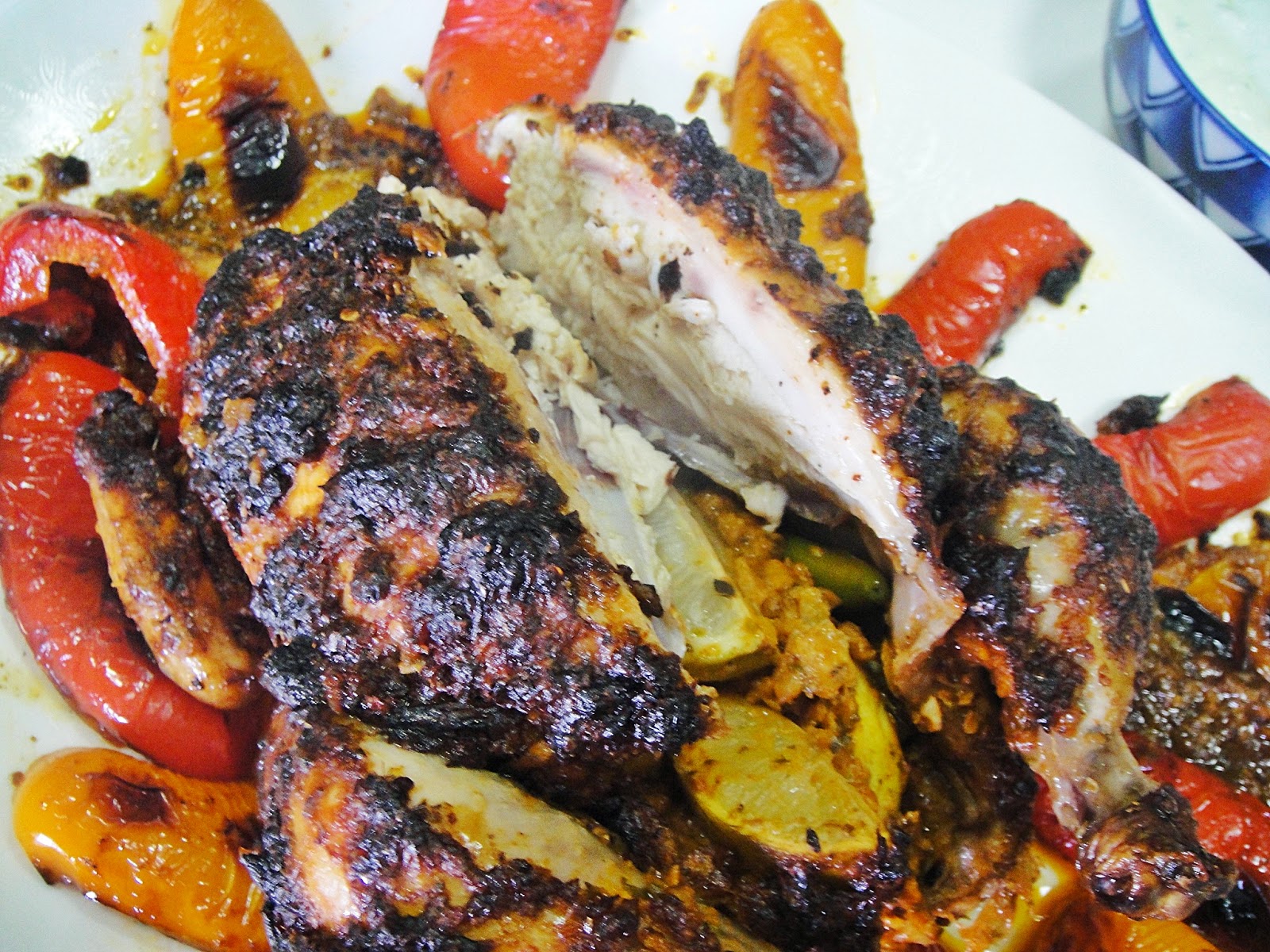 I'm kind of proud of my roast chicken repertoire. Roast chicken is the most heart-warming, caring, thing to make for a family, not to mention simple and so cozy. Here are a couple of favorites: salt roast chicken, ugly-delicious Milk, Greek, Spanish, French, Thai, Chinese Teriyaki, and now Portuguese. And that's not even mentioning Arab roast chicken variations, including: Yogurt, Sumac, Dukkah, and Zaatar.
Depending on my mood, I choose to either roast the chicken whole, or divide the chicken into eight pieces before proceeding with the recipe. Either way, I cook my chicken at 400F for at least 90 minutes. This Portuguese peri-peri chicken is special due to its chili-lemon marinade, and you can ump up or reduce the chili to suit mild or extra-spicy preferences. The roasted sweet peppers are not only pretty in contrast with the black chicken (it's supposed to be black), but they are delicious too. 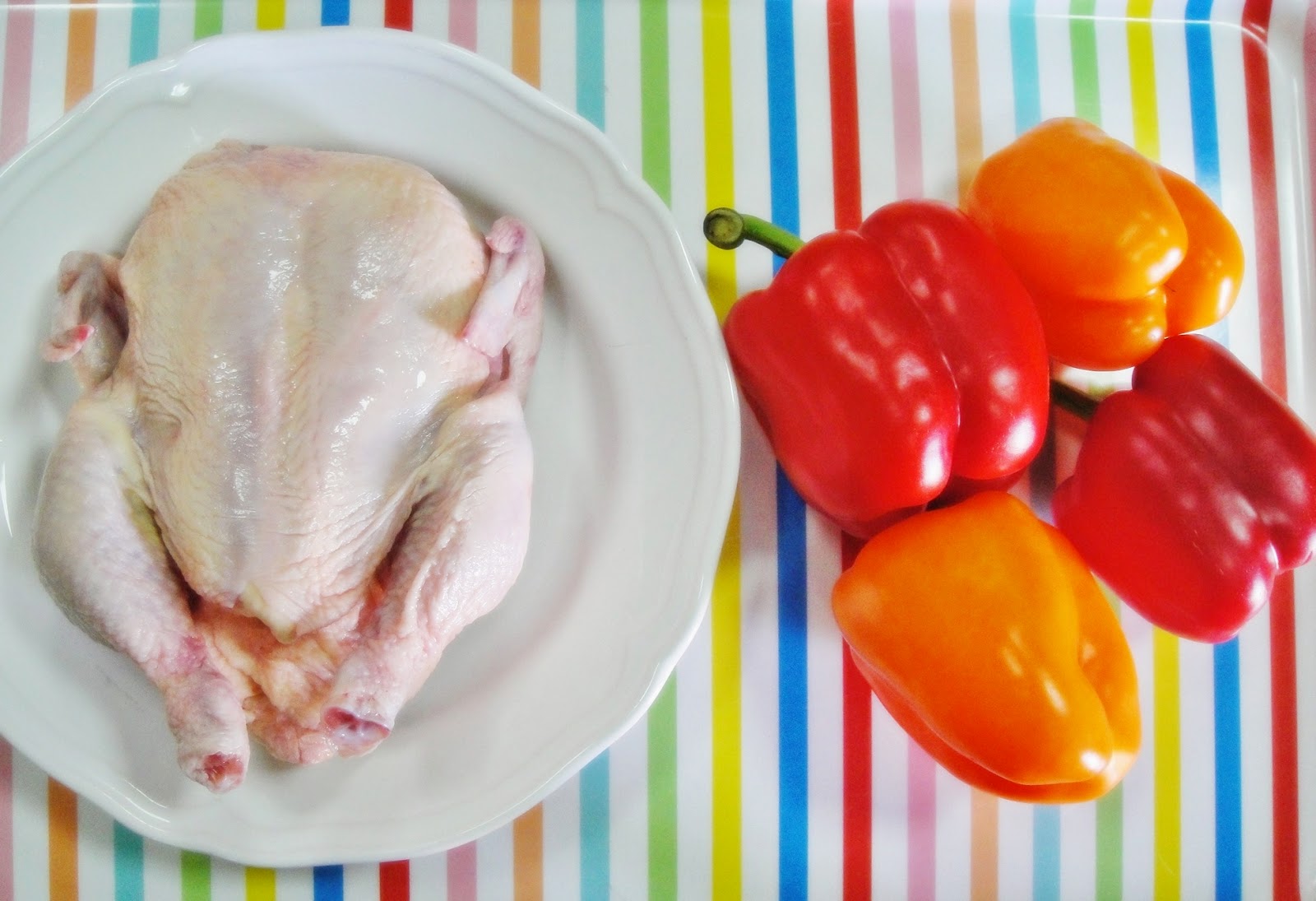 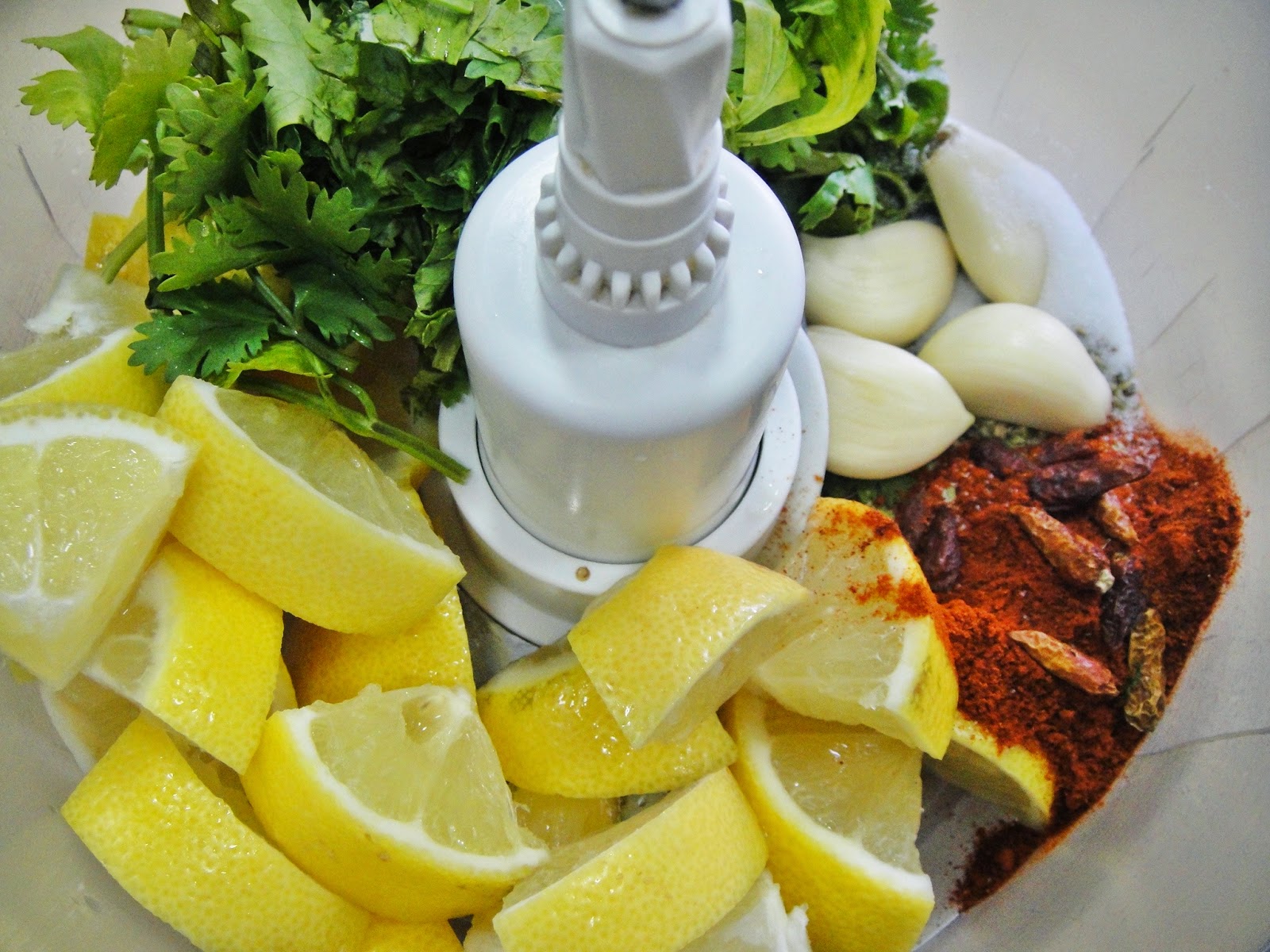 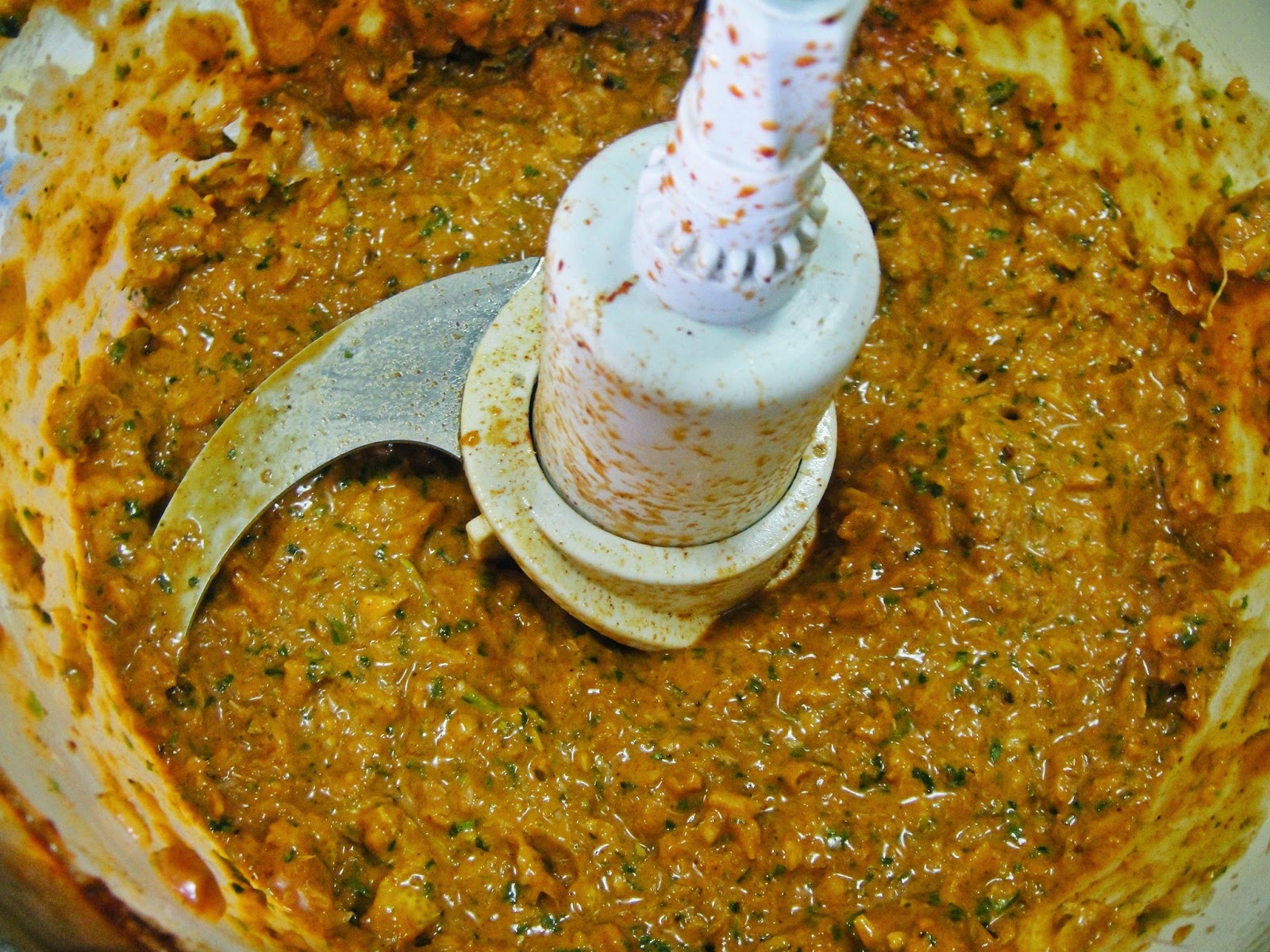 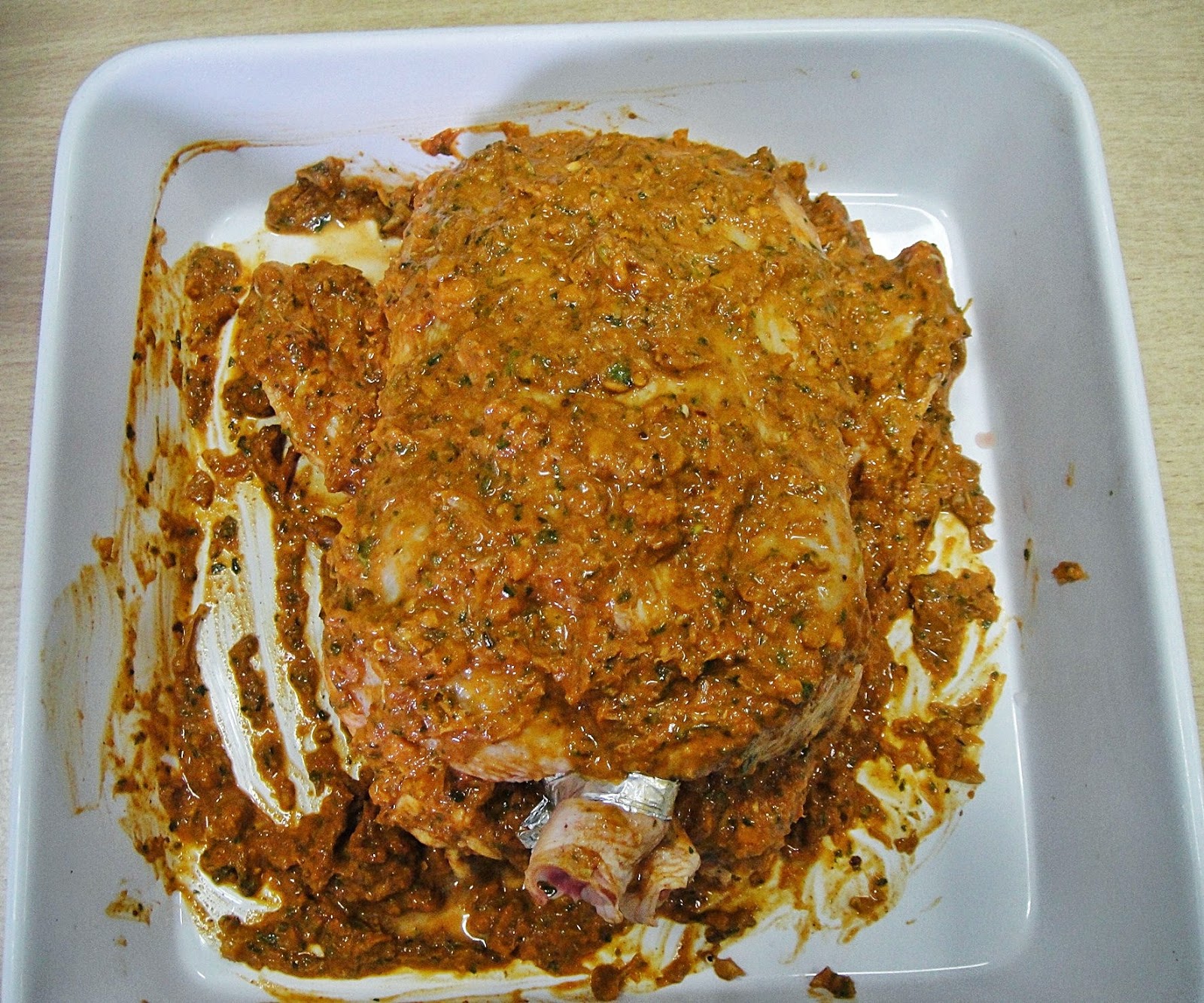 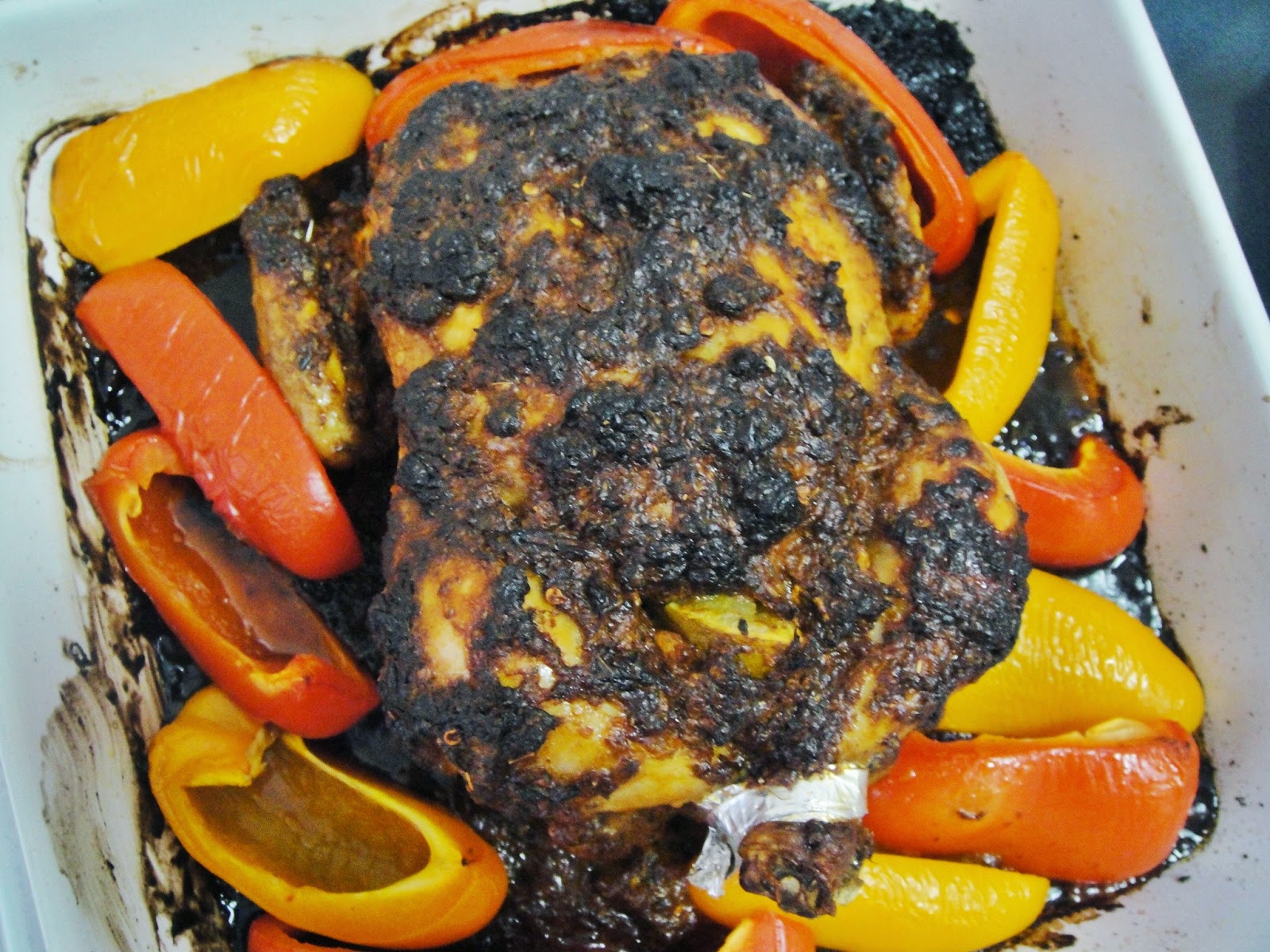 First make your marinade: in a food processor blitz the dried chilies, garlic, lemon, coriander, oregano, and drizzle the olive oil during. You should be left with a smooth paste; if it's too thick add more olive oil.
Quarter the limes and halve the fresh chili and stuff them in the cavity of the chicken.
Slather the marinate over, under, and in the chicken.
Leave the chicken to marinate at least an hour or up to overnight in the fridge.
Pre-heat oven to 400F.
Roast the chicken  for one hour in a baking dish with enough room to add the peppers later on.
Slice the sweet peppers/capsicums into chunky wedges, remove the stem and seeds, and place around the chicken; roast 45 minutes more. It will appear black, but that is how it is supposed to be.
Meanwhile, whizz the cucumber, coriander and yogurt together to make the refreshing yogurt sauce; set aside.
To serve, put the chicken in the center of the serving dish surrounded by the colorful roasted sweet peppers and a bowl of the yogurt sauce on the side.
Spoon the gravy over the chicken and serve. 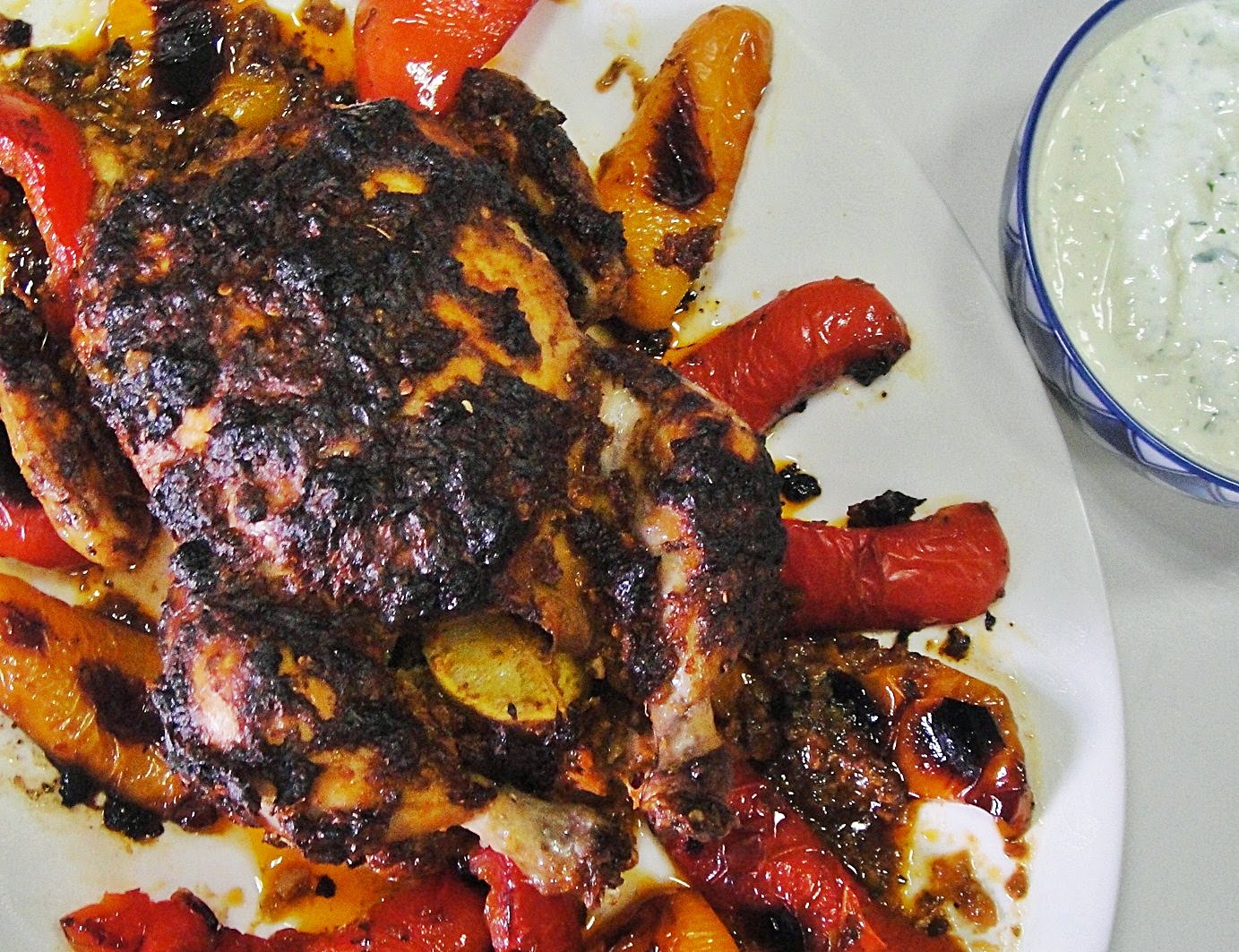 Email ThisBlogThis!Share to TwitterShare to FacebookShare to Pinterest
Labels: chicken

I made your zaatar roast chicken yesterday and it was wonderful. Thank you for posting these lovely recipes :)

You're most welcome Sarah! Thank you for your sweet words.